The Aromas of Christmas 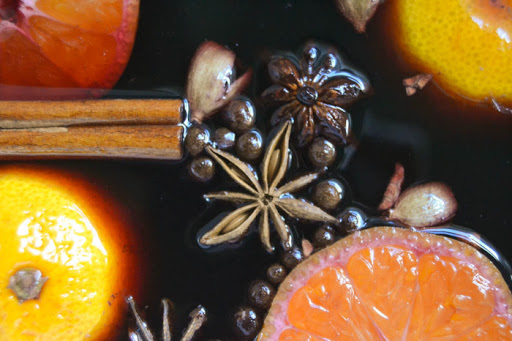 Today while flipping through Instagram I saw a post on how to make your house smell like the holidays. A mix of citrus, vanilla, cinnamon, star anise and cloves put in a pan and heated on the stove would create the smells we often associate with this time of year.

And I thought…are those really the aromas of Christmas? And why and when did the mixture of citrus, spice and pine become the scent of the season?

Now lest you think we are Gates Grinches, let me reassure you we celebrate the season with music (started before Thanksgving this year) a Christmas tree( put up the day after Thanksgiving) and all the decorations, a nativity(with a donkey that has no ears), baking, and gift giving. But I think of the reason for our celebrations, the arrival of the messiah. I think of Mary riding on a donkey,great with child. Barnyard animals have a scent all their own, and it’s not anything close to the sweetness of pine and spice. As she and Joseph entered the bustling city of Bethlehem, the sights, sounds and smells would have been mingled with the dusty roads of the city as a census was in progress, and there was no room for them in the inn.

While they were there, the time came for her to give birth. Then she gave birth to her firstborn Son, and she wrapped him tightly in cloth and laid him in a manger, because there was no room for them in the inn. Luke 2:7

The smells of a cave like barn would not have been sweet either. Cows and sheep munching on hay and straw, smacking their lips as they finish their meal. And you know cows have four stomachs, so they chew, chew and chew some more. Can you imagine the arrival of your child in the midst of cows, pigs, hay and straw? Not the ideal way to welcome a child. But a child had indeed been born,  a Savior who is Chris the Lord. (Luke 2:11)

Well, I’m off to the kitchen to look for oranges, vanilla beans and star anise to simmer on the stove while celebrating the birthday of the Newborn King, thinking of all the aromas of Christmas.