2010 Moment I Want to Remember

Five and  half years ago I said good-bye to my first born and only son as he trudged up the stairs in at our local airport to board a plane for basic training with the army. Leaving as an eighteen year old young man returning as a man ready to fight for his country. Signed up with the National Guard earlier that year never really believing the Guard would send him overseas, would they? Aren’t they supposed to guard the interests of us here at home?
With his six week training and advanced training a distant memory, he set out to decide what to do with the rest of his life. College followed with a good job started and a new girlfriend to spend time with. With no thoughts of his having to ever fight in a war in the Middle East, this mom went her merry way until one day a  year a half ago the fed ex man came to the door with a larger than normal envelope that needed my signature. Sensing it was important my husband opened it to find “orders to report for active duty”. This merry mom fell on her knees pleading with God to go with him as he left again to serve his country.
Goodbyes were said early that summer, landing in the Middle East by late summer. He asked for leave not at Thanksgiving or Christmas but after the holidays. On a cold, snowy evening we met him at the airport with arms outstretched to welcome home our soldier and son. A Moment I Want To Remember. 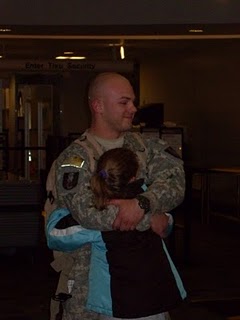 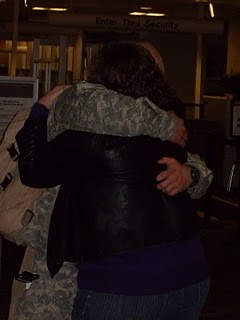 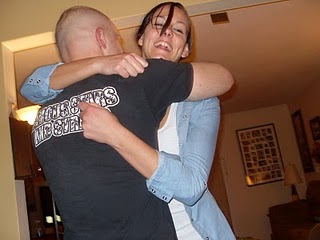 ?
(He came home this past summer(2010) with two years left to fulfill his reserve status.)