I gave into my 10 year old daughter’s pleas for a party ‘just for fun’. Which means party at the Gates house but don’t bring any presents because it’s not for my birthday. This fun-filled evening began with 5 girls invading my kitchen so they could make their own personal pan pizzas while Kelsey was trying to grill chicken and make an italian pasta dish for the adults. I didn’t take time to snap pictures of the my kitchen that looked like an explosion had just blasted through my kitchen spilling into the dining room. Here are the girls who were up until all hours last night, talking about everything under the sun. Isn’t that what us girls do? 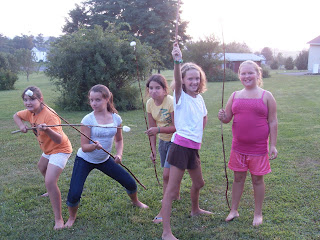 There was also treasure hunt where I was sure would take at least 20 minutes because I thought I was being so clever with the clues. NOT. They found the ‘treasure in about 10 minutes. After more pleading for a bonfire on a very hot evening, I gave in. 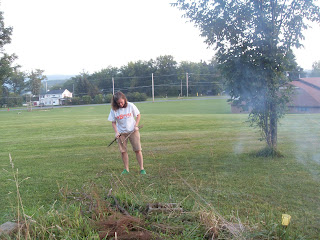 I enlisted the help of a pyro, I mean friend, and we got the fire going. The girls stayed around long enough to enjoy s’mores along with an older ‘girl’, then they were off to do manicures by the deck light. 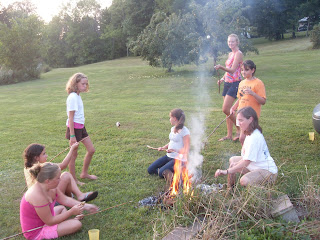 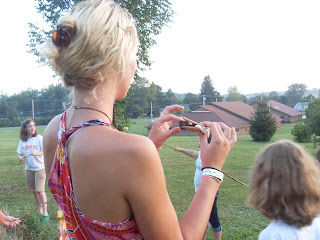 I put my camera away because the adults had to tend the fire left behind. I went to bed while listening to them chat away and make toast in the kitchen sometime after midnight because they were starving. I found 8 knives in the sink the next morning.
Girls, ya gotta love em!