On To Volleyball Nationals(Let a mother brag) :) 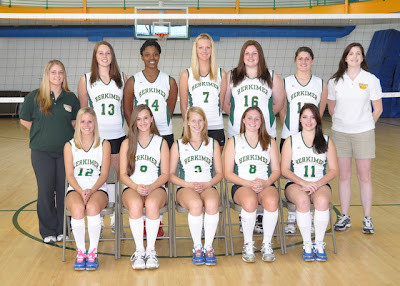 Herkimer County Community College volleyball team won their regional tournament this past weekend and they are on to nationals in Minnesota in a couple of weeks. Kelsey was most valuable player. It was an exciting set of games, nail biters. She has matured from her awkward, seventh grade days where she was the tallest girl in the school and had no idea what to do with that height. She does now. Not only is she a great volleyball player, but is an example of sportsmanship and a leader on her team. We are so proud of her and the example she is setting for those around her. More pictures later of the team and their awards.